North Korea, U.S. up the ante amid heightened tensions even as Trump's inauguration looms large 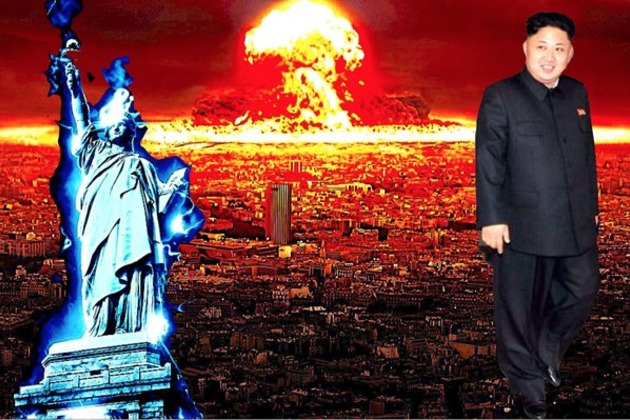 WASHINGTON, U.S. - According to the Pentagon's weapons testing office, the America's $36 billion system of ground-based interceptors cannot be guaranteed to shoot down a nuclear-armed missile aimed at United States by hostile nations such as North Korea or Iran.

In its latest report, the testing office said "the network of radar and communications combined with missiles based in California and Alaska has demonstrated only a limited capability to defend the U.S. homeland from small numbers of simple" intercontinental ballistic missiles.

On Sunday, the impoverished nation declared it could test-launch an intercontinental ballistic missile (ICBM) at any time from any location.

It said a hostile U.S. policy was to blame for its arms development.

"The ICBM will be launched anytime and anywhere determined by the supreme headquarters of the [Democratic People's Republic of Korea]," an unnamed Foreign Ministry spokesman was quoted as saying by the official KCNA news agency.

The declaration came just days after the country's dictator Kim Jong Un said North Korea was in the "final stages" of testing an ICBM.

John Delury, assistant professor of international studies at Yonsei University said the statement was "definitely a message to the Trump transition team to say don't go down this dead end (of sanctions)."

"We only would shoot them down... if it was threatening, that is if it were coming toward our territory or the territory of our friends and allies," Carter said on NBC's Meet the Press program.

China and South Korea also on Monday denounced the North Korea missile threat, and warned that a test could lead to more sanctions.

"If North Korea disregards our warning and launches an ICBM, it will face more powerful and thorough sanctions and pressure by the international community," South Korean Defense Ministry spokesman Moon Sang-gyun said.

A day after Carter's comments, former U.S. defence chief has said that if the diplomatic route with North Korea fails to achieve results, the United States should consider shooting down the North's ICBMs over international waters as "Plan B."

"The most obvious way is simply shooting them down over international waters, but there are other ways of doing that as well. I would leave that up to the military to decide. The goal would be disrupting the tests and disrupting the least political impact," William Perry, former U.S. secretary of defense, said during a discussion organised by website 38 North, which specialises in North Korean affairs, Yonhap reported.

Meanwhile, according to the Institute for Far Eastern Studies professor Kim Dong-yup, there was a strong possibility that the dictator would fire the ICBM in 2017.

"The additional improvement of the ICBM means the North will launch a real KN-08 and KN-14 into the air, which have been displayed at the military parade," he noted.

North Korea's missile program is not just being monitored by the U.S. and South Korea.

North Korean officials are, meanwhile, ramping up efforts to boost the country's economy in 2017, following a call from their leader Kim Jong Un.

"Last year, we made many achievements in the science and technology field and we made a lot of steel," Kim Kil Nam, vice chief engineer at the Chollima Steel Complex, told The Associated Press on Saturday.

"We are trying to consolidate those achievements and make even more steel this year, too, after hearing the marshal's New Year's address."