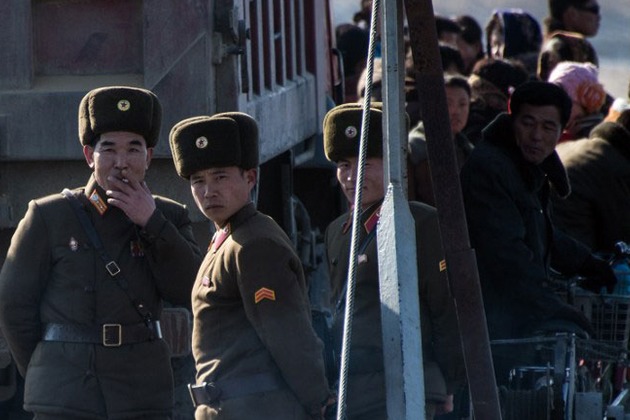 North Korea's Ministry of State Security has secretly ordered local agencies to inform the families of defectors to South Korea that they will face no punitive measures if they return home, as part of a bid to lure them back to the North, according to sources inside the country.

The sources from North Hamgyong province, near the border with China, told RFA's Korean Service on condition of anonymity that local security agencies should relocate defectors who return from the South to their hometowns and reassign them to their regular work details with no questions asked.

"The Ministry of State Security gave a secret order to security agencies in each province earlier this month ... to persuade families to induce defectors to return," one source said.

"Security officials in [North Hamgyong's] Musan county are visiting families to talk them into persuading relatives who have defected to return. They are emphasizing that the state will not accuse those who return of defecting and they will not be punished."

According to the source, security officials are holding meetings in each district--which contain five or six neighborhood watch units known as People's Units--to discuss measures to prevent defection.

"The general agenda of the meeting is that there should be no attempt to defect from North Korea," he said.

"The security officials are also visiting defector families and applying pressure to make them talk the defectors into returning home."

A second source from North Hamgyong confirmed that earlier this month the Ministry of State Security had delivered the secret order to security agencies in all provinces.

"Security officials in each province, in order to improve their work performance, must do their best to visit defector families and try to persuade them," he said, adding that getting defectors to return can lead to promotions for the officials.

"The Yusun Workers District in [North Hamgyong's] Hoeryong city is known to have many defectors. Its geographical location [across the Tumen River from China's Jilin province] is advantageous for defection, and the city has low quality soil [making life as a farmer difficult], so it is rare to find a family without a defector."

The source said that people have been increasingly inquiring about ways to leave North Korea in the country's marketplaces.

"There are many merchants coming from Pyongan and Hwanghae provinces to areas near the North Korea-China border," he said.

"They must be the ones who are looking for possible defection routes."

As job performance is now tied to the number of defectors a security official can convince to return to the North, it is clear that defections have become a critical issue for the Kim Jong Un regime, the sources said.

After Kim assumed power in 2012, he instituted a policy of "death for those involved in defections" and fewer people in positions of power have been willing to risk themselves to help others flee the reclusive Stalinist state, North Korea observers say.

An order that protects defectors from facing punishment if they return home would signify a substantial departure from previous policy.

Rights groups told RFA in May that "the expense of crossing the river" began to increase rapidly after Kim took power following his father Kim Jong Il's death from a heart attack and worked to secure his grip on the nation.

According to the Ministry of Unification in South Korea, between 1,200 and 1,500 defectors from North Korea have relocated to the South in the five years since 2012, compared to between 2,400 and 2,900 in the five years prior.