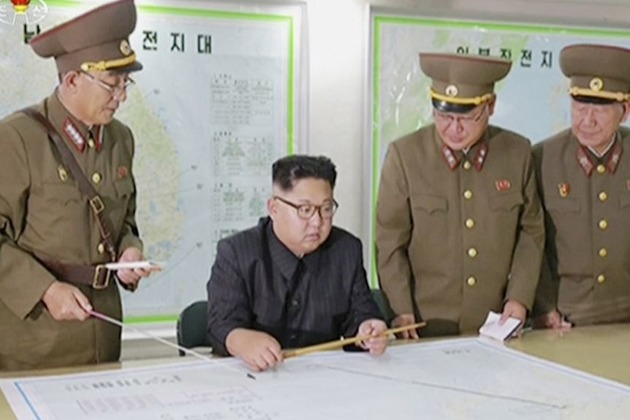 The Trump administration imposed sanctions on Chinese and Russian individuals and companies Tuesday, accusing them of conducting business with North Korea in ways that helped Pyongyang's nuclear weapons and missile programs.

Reuters reports China's embassy called the action a 'mistake' that should be immediately corrected.

The U.S. Treasury Department said the 10 companies and six individuals helped North Korea generate revenue that could be used to pay for weapons programs. The firms and their executives do business with previously sanctioned companies and people who work with the North Korean energy sector. They are accused of helping place North Korean workers abroad and helping Pyongyang evade international financial restrictions.

The U.S. Justice Department filed lawsuits seeking $11 million from companies based in China and Singapore that are accused of conspiring to help North Korea evade sanctions.

Tuesday's moves follow angry verbal exchanges between Washington and Pyongyang over North Korea's missile tests, which have demonstrated a growing military capability by the reclusive state.