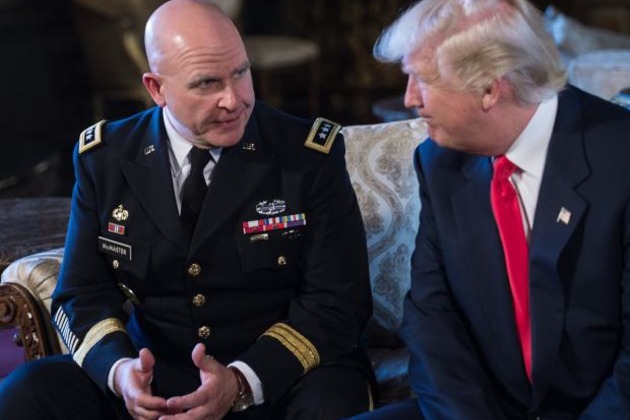 In a provocative warning to North Korea, General H.R. McMaster said that the "biggest danger" in the North Korean crisis is simply that Kim Jong Un does not know the extent of U.S. military might.

The White House national security adviser said that the North Korean despot "does not truly understand how serious we are" when it comes to all-out war.

The U.S. General said that Trump's repeated threats of military action in North Korea is the best way to send a message to Kim Jong Un.

On Sunday, Kim Jong Un renewed his threat to obliterate the U.S. territory of Guam in the Pacific Ocean.

In an interview with Fox News, General McMaster said, "Our president has been really clear, he's not going to permit this regime and Kim Jong Un to threaten the United States with a nuclear weapon. He's going to do anything necessary to prevent that from happening. What Kim Jong Un should recognize is that if he thinks the development of this nuclear capability is keeping him safer, it's actually the opposite."

He said, "Our military leaders are refining, improving plans every day. We hope we don't have to use them, but we are ready. All of our officers are at a high, high state of readiness. The real danger is in terms of communicating with Kim Jong Un is that he doesn't understand how serious we are about his behaviour and the behaviour of the regime. The president has been very clear on that. North Korea will be shocked by how serious we are."

According to satellite images generated by U.S. and South Korean experts, North Korea is believed to be preparing for a new ballistic missile launch.

This week, U.S. and South Korean forces are set to begin planned naval military drills in the region.