Where is North Korea getting its missile parts from? 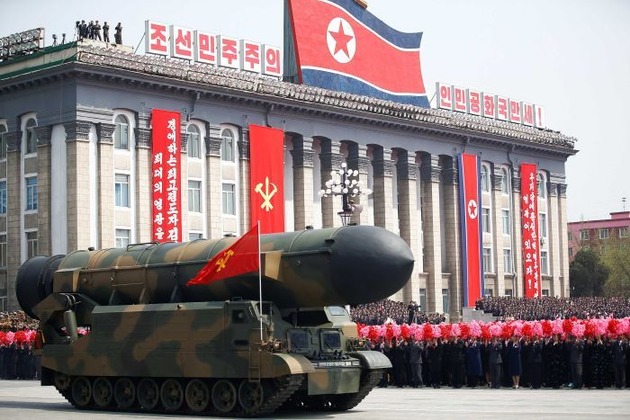 BERLIN, Germany - In a shocking revelation, Germany's head of intelligence revealed in an interview that North Korea has been using the Berlin embassy to get its hands on missile parts.

In an interview with NDR TV, the head of German intelligence Hans-Georg Maassen said North Korea has been acquiring technology for its nuclear and weapons programmes through its Berlin embassy.

Maassen said that many of these activities had been thwarted, and that not all were detected.

While he did not specify what type of technology was procured, he did mention that it could be used for civilian and military purposes.

Faced with a series of ever intensifying international sanctions, North Korea has continued to develop missiles and nuclear weapons.

On Friday, the UN report revealed that it had continued to earn nearly $200 million last year, by exporting banned commodities.

The report implicated several countries including China, Russia and Malaysia.

Maassen said in the interview, "We have noticed that so many procurement activities have taken place from the embassy. From our point of view, they were for the missile programme but also partly for the nuclear programme."

He added, "When we see such things, we stop them. But we cannot guarantee that we spot and block each attempt."

Meanwhile, a report by public broadcaster ARD detailed an investigation it carried out, which said that Germany's intelligence agency first saw signs of North Korea trying to procure technology and equipment in 2016 and 2017.

Further, a UN panel of experts too found evidence that showed North Korea had been helping Syria to develop chemical weapons as well as providing ballistic missiles to Myanmar.

The revelations from the multiple investigations have come amid global tensions in light of North Korea's rapid advances in its nuclear weapons programmes, which have reached their highest point in years.