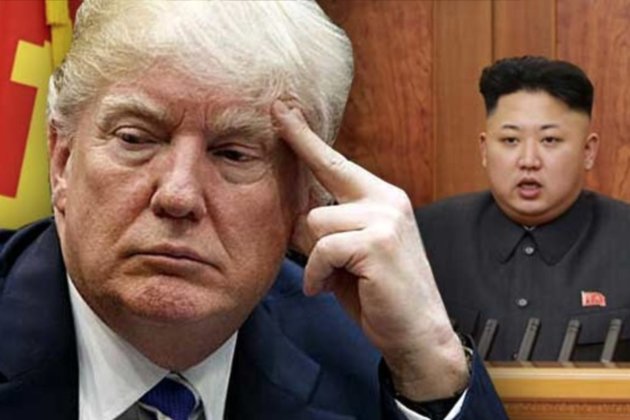 PYONGYANG, North Korea - The U.S. President Donald Trump's decision to pull out of the highly anticipated meeting with Kim Jong Un, caused shock not only on the Korean peninsula but across the world.

A lot of countries, especially in Asia were watching closely to see if Trump would indeed, manage to achieve denuclearization of the Korean peninsula - something that he claimed was possible by first accepting Kim Jong Un's invitation to engage in talks and then planning the year's most speculated and most anticipated meeting, which was set to be held on June 12 in Singapore.

Many experts dubbed it a historic meeting and a lot of nations were watching closely, more so because North Korea's accelerating nuclear weapons program has posed a threat to the world over the last few years and none of Trump's recent predecessors have managed to bring Kim Jong Un to the negotiating table.

However, as dramatically as the whole process of engaging in talks started, it went downhill in a jiffy too.

On Thursday, merely hours after Kim Jong Un confirmed that North Korea's underground test site, Punggye-ri had been dismantled as part of his pledge to end all nuclear and long-range ballistic missile tests - Trump called off his planned summit.

The U.S. President declared that he was calling off the summit and added, "Sadly, based on the tremendous anger and open hostility displayed in your most recent statement, I feel it is inappropriate, at this time, to have this long planned meeting."

The decision is believed to have come after officials from the two countries exchanged heated statements over America's demands and attitude towards the Singapore summit.

Adding to the already tensed ties due to South Korea's planned military exercise with the U.S., the U.S. Vice President Mike Pence warned in a media interview that it would be a "mistake" for the North Koreans to think they can "play" Trump.

Pence said that both the Clinton and Bush administrations had been "played" by the North Korean government.

He said, "We offered concessions to the North Korean regime in exchange for promises to end their nuclear weapons program, only to see them break those promises and abandon them."

Pence repeated the warning that if Pyongyang does not go along with talks to give up its nuclear weapons, Washington could return to the "Libya model."

The statement further angered Pyongyang, which warned of retaliation.

In response to Pence' statement, North Korea's Vice-Foreign Minister Choe Son Hui said that her country would not "beg the U.S. for dialogue" and warned that it could make Washington "taste an appalling tragedy."

Son Hui said, "In view of the remarks of the U.S. high-ranking politicians who have not yet woken up to this stark reality and compare the DPRK to Libya that met a tragic fate, I come to think that they know too little about us. To borrow their words, we can also make the U.S. taste an appalling tragedy it has neither experienced nor even imagined up to now."

Son Hui also dubbed Pence a "political dummy" and called his recent comments "ignorant and stupid," adding, "We will neither beg the U.S. for dialogue nor take the trouble to persuade them if they do not want to sit together with us. Whether the U.S. will meet us at a meeting room or encounter us at nuclear-to-nuclear showdown is entirely dependent upon the decision and behavior of the United States. As a person involved in the U.S. affairs, I cannot suppress my surprise at such ignorant and stupid remarks gushing out from the mouth of the U.S. vice president. In case the U.S. offends against our goodwill and clings to unlawful and outrageous acts, I will put forward a suggestion to our supreme leadership for reconsidering the DPRK-U.S. summit."

On Friday, meanwhile, in response to Trump's decision to call off the summit, North Korea said that it is still willing to talk "at any time in any form."

Trump reportedly announced his official plans to cancel the summit in the form of a letter personally addressed to Kim Jong Un.

In the letter, the President addressed to Chairman Kim Jong Un, he wrote that he had been "very much looking forward" to meeting Kim Jong Un, but noted, "Sadly, based on the tremendous anger and open hostility displayed in your most recent statement, I feel it is inappropriate, at this time, to have this long-planned meeting."

He further wrote, "You talk about your nuclear capabilities, but ours are so massive and powerful that I pray to God they will never have to be used."

He called the meeting a "missed opportunity," saying "someday, I look very much forward to meeting you."

Trump also delivered a statement at the White House, in which he said that the step was a "tremendous setback for North Korea and the world," adding that the U.S. military was "ready if necessary" to respond to any "reckless" act from North Korea.