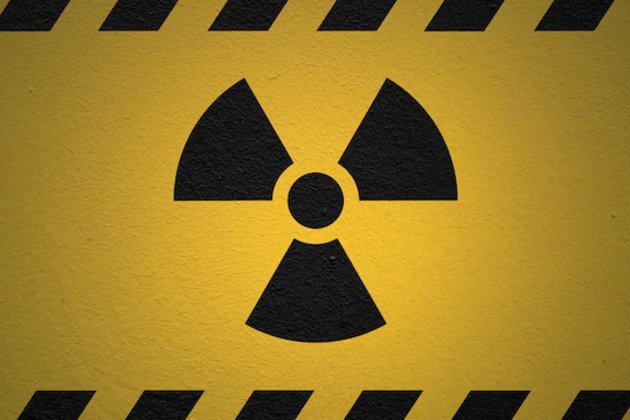 North Korea fired what appeared to be a "submarine-launched ballistic missile", Seoul said on Wednesday, a day after Washington and Pyongyang announced they would resume stalled nuclear talks.

Pyongyang frequently couples diplomatic overtures with military moves, as a way of maintaining pressure on negotiating partners, analysts say, and may believe this weapons system gives it added leverage.

A proven submarine-based missile capability would take the North's arsenal to a new level, allowing deployment far beyond the Korean peninsula and a "second-strike" capability in the event of an attack on its military bases.

The South's Joint Chiefs of Staff said it detected a ballistic missile early Wednesday fired around 450km in an easterly direction at a maximum altitude of 910km.

The missile was "believed to be one of the Pukkuksong models", the JCS said in a statement, referring to a line of submarine-launched ballistic missiles (SLBM) under development by the North.

"Such actions by North Korea to raise tensions are not helpful to efforts to ease tensions on the Korean peninsula and we urge it again to stop immediately," it added.

The North carried out a successful test of the Pukkuksong-1, also known as KN-11, in August 2016 which flew around 500km.

The United States said it was monitoring the situation on the Korean peninsula.

One of the projectiles fell into waters within Japan's exclusive economic zone - a 200km band around Japanese territory - Tokyo said.

The North is banned from ballistic missile launches under UN Security Council resolutions.

The two sides will have "preliminary contact" on Friday and hold negotiations the following day, Choe said in a statement carried by the official Korean Central News Agency.

US State Department spokesperson Morgan Ortagus later confirmed the talks, which she said would happen "within the next week".

"It seems North Korea wants to make its negotiating position quite clear before talks even begin," Harry Kazianis of the Centre for the National Interest in Washington said after Wednesday's launch.

"Pyongyang seems set to push Washington to back off from past demands of full denuclearisation for what are only promises of sanctions relief," he added.

It is not the first time the North has followed up an offer of talks with a weapons test.

Pyongyang tested what it called a "super-large" rocket launcher last month just hours after Choe released a statement saying that the North was willing to resume working-level talks with Washington.

Negotiations between the two have been deadlocked since a second summit between the North's leader Kim Jong Un and US President Donald Trump in February ended without a deal.

The two agreed to restart dialogue during an impromptu meeting at the Demilitarised Zone dividing the two Koreas in June, but the North's anger at a US refusal to cancel joint military drills with South Korea put the process on hold.

Pyongyang also carried out several weapons tests since the meeting that have been downplayed by Trump, who dismissed them as "small" and insisted his personal ties with Kim remained good.

OTTAWA, Canada: Despite pressure from companies and the tourism industry to ease the nation's travel ban, Canadian Prime Minister Justin ...

With infections rising, Taiwan thanks U.S. for Covid vaccines

SAO PAULO, Brazil: Over half a million Brazilians have now died after contracting COVID-19, it was reported on Saturday. Brazil ...

ORLANDO, Florida: Space Perspective, which plans to bring tourists to space inside a capsule tethered to a balloon, successfully flew ...

EU countries to allow Americans, others to return

BRUSSELS, Belgium: In the much-awaited opening following the Covid pandemic, the European Union announced on Friday that its member countries ...

WASHINGTON D.C.: President Joe Biden has issued an executive order which could result in several Chinese apps being investigated or ...

JAKARTA, Indonesia: Some Indonesian residents are traveling to wealthier countries to receive Covid vaccinations."It just so happens that I haven't ...

LONDON, England: Britain's airlines and holiday and tour companies are planning a "day of action" on Wednesday, in a bid ...

SYDNEY, NSW, Australia - Stocks in Japan did an almost complete about-face on Tuesday with the Nikkei 225 soaring 873.20 ...

DUBAI, United Arab Emirates: Officials at Dubai International Airport are hoping for a "flood" of travelers as the coronavirus pandemic ...

SEATTLE, Washington: The latest and largest 737 edition from Boeing -- the MAX 10 -- is being introduced as part ...