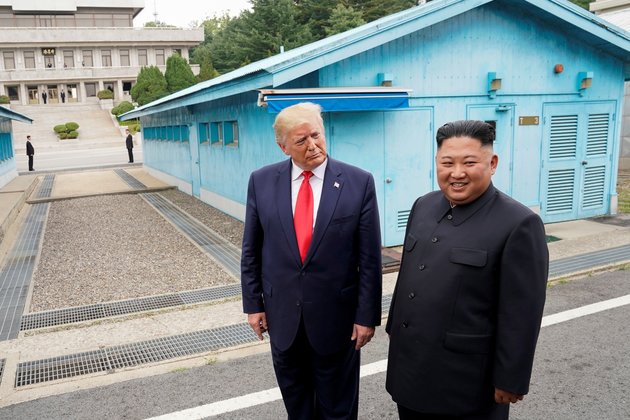 The United States is ready for a fight with North Korea over the country's nuclear program, though top officials at the Pentagon say they are hopeful such a confrontation can be avoided.

Pyongyang set an end-of-year deadline for Washington to offer new concessions in talks aimed at getting North Korea to abandon its nuclear program.

North Korean officials have also warned they will send the U.S. a "Christmas gift" if concessions are not forthcoming.

But U.S. Defense Secretary Mark Esper rebuffed Pyongyang's saber rattling Friday, warning the U.S. is prepared to fight and win "if need be."

"We think that a political solution is the best way forward to denuclearize the peninsula," Esper told reporters during an end-of-year news conference at the Pentagon.

"I remain hopeful that we could again get the process started again and remain on the diplomatic path," he added.

The top-ranking U.S. military officer likewise warned that U.S. forces would not be caught unaware by any potential North Korean activity.

"Korea is one of those places in the world where we always maintain very high levels of readiness," said Chairman of the Joint Chiefs of Staff, General Mark Milley, adding that the alliance between the U.S., South Korea and Japan is "rock solid."

Nuclear talks between the U.S. and North Korea first broke down in February, when U.S. President Donald Trump walked away from a summit in Hanoi with North Korean leader Kim Jung Un.

Additionally, North Korea has conducted 13 rounds of missile tests since May. And U.S. military officials are expecting Pyongyang's "Christmas gift" will be yet another test.

"I would expect some type of long-range ballistic missile," General Charles Brown, the air component commander for U.S. forces in the Indo-Pacific, told reporters in Washington earlier this week.

"You can listen to the rhetoric," he said. "There is activity that the North Koreans have actually admitted to, to match up with the rhetoric."

Bill Gallo contributed to this report.