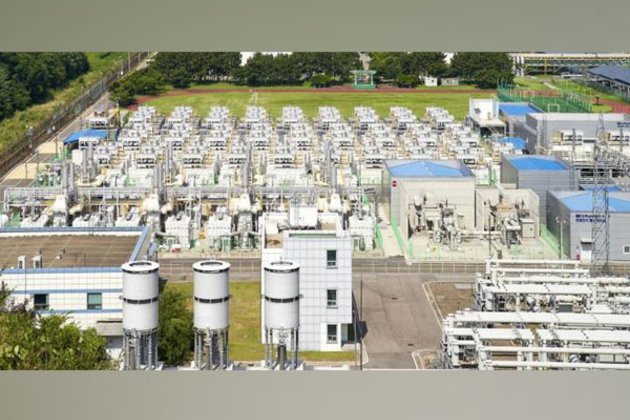 Seoul [South Korea], October 27 (ANI/Global Economic): The Ministry of Trade, Industry and Energy announced on the 26th that it held the completion ceremony of 'Shinincheon Bitdream Fuel Cell Power Plant' at the Shinincheon Bitdream headquarters of Korea Southern Power in Seo-gu, Incheon.

The Shinincheon Bitdream Fuel Cell Power Plant is a power plant with a total capacity of 78 MW constructed in four stages since 2017 by using fuel cells supplied by POSCO Energy and Doosan Fuel Cell. It is the world's largest fuel cell power plant currently in operation.

Unlike other power generators, hydrogen fuel cell emits very little nitrogen oxides (NOX) and sulfur oxides (SOX) as it does not produce electricity through high-temperature combustion.

It also plays a role of a 'large-scale air purifier' that sucks fine dust in the air and filters it out.

The fuel cell power plant completed this time is expected to contribute to providing clean air to local residents by purifying fine dust emitted from the LNG (liquefied natural gas) thermal power plant at the Shinincheon Bitdream headquarters on a large scale.

As a by-product of the electricity production process, it will also produce hot water for heating that can be used by about 44,000 households at the same time, and stably supply inexpensive heat through local heating companies. (ANI/Global Economic)