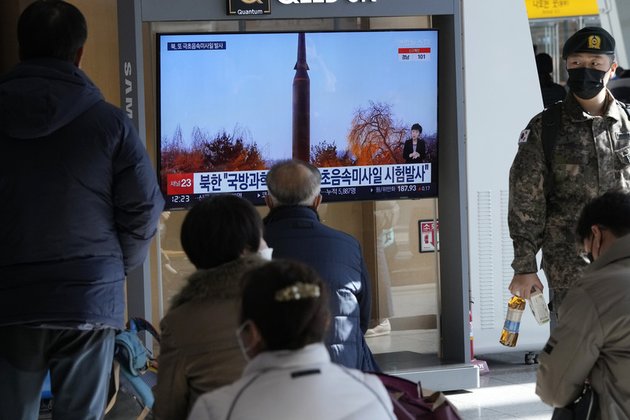 Japanese and South Korean governments have reported that a possible ballistic missile was launched by North Korea into the Sea of Japan, warning vessels in the area to stay clear and report any impact.

If confirmed, this would be the second North Korean launch in the span of six days. Pyongyang said last Wednesday it had test-fired a hypersonic missile that successfully impacted its intended target.

The two launches come after DPRK leader Kim Jong-un made a New Year's resolution to bolster the country's military capability. In his own New Year's message, South Korean President Moon Jae-in promised to push for a peace settlement with the northern neighbor before his term ends in May.

North Korea is technically still at war with the South and the US, as the 1953 armistice merely froze the war that divided the Korean Peninsula. Talks on denuclearizing the DPRK started under US President Donald Trump, but stalled after Washington rejected Pyongyang's request for sanctions relief. Although US President Joe Biden administration repeatedly stated that it was ready for US-North Korea talks "anywhere, anytime" and "without preconditions" the effort has not been revived.