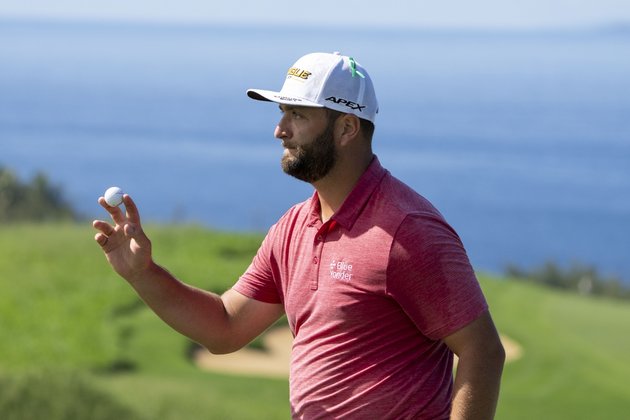 He arrives in La Quinta, Calif., one week and it reminds him of being in Arizona, where home is a four-hour drive or short flight away.

"I wake up and look out the window and I'm like, well it's pretty much the exact same thing," Rahm quipped on Wednesday ahead of this week's The American Express. "I would say the demographic might be a little bit older here but it pretty much is the Scottsdale of California."

Next week he'll be at Torrey Pines in San Diego, where the oceanside course reminds him of his home country of Spain. Rahm views both as ball-strikers events, which is clearly a strength of his game.

He earned his first PGA Tour victory at Torrey Pines in 2017 and his second at this event in 2018, with two wins on the DP World Tour in between. Rahm hasn't played in La Quinta since, but did finish second and tied for seventh at the Farmers Insurance Open the past two years before winning his first major there at the 2021 U.S. Open.

"I always play a lot on the West Coast," he said. "It's where I'm comfortable at.

"It's important to get off to a good start and my level of comfort is very high and I'm very happy. Plus, I'm not too far from home, so family and friends can be around and visit as well."

Rahm is the 600 favorite at BetMGM and for the first time in three events he won't be defending his No. 1 spot in the world rankings from Collin Morikawa. No. 4 Patrick Cantlay is the only other top-10 player in the field, which includes only five top-20 players overall.

Rahm said ahead of the year-opening Tournament of Champions that he would give up some of his consistency from 2021 in exchange for more victories. He had 13 top-10s in 21 worldwide starts but the U.S. Open was his lone victory.

Then Rahm went out and shot 33-under par at Kapalua, which would have set a PGA Tour 72-hole scoring record if not for Cameron Smith. The Australian posted 34 under as Rahm had to settle for another runner-up.

"I never thought ever in my career I would shoot 33-under and not win," he said. "It was a bit of a bittersweet feeling because you can't help to feel good about your game and how good I played, but I still finished second by one shot, right?"

Rahm posted the score despite playing in competition for the first time with some new clubs in his bag. He also leads the tour in Greens in Regulation at 81.48 percent.

Combined with his comfort level playing in California, Rahm is feeling very confident entering the event.

"It's a place I've been coming to for a very long time, played in college (at Arizona State), played the Nicklaus Course a couple times in college and played one of the other PGA courses as well," he said. "So I feel comfortable.

"I live in the desert, so I always look forward to coming here and hopefully having a good week."