Happy we were able to execute our plans, says India skipper Harmanpreet Kaur after series win over SL 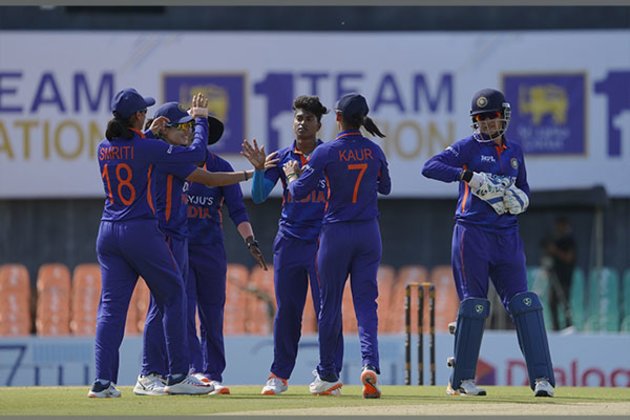 Dambulla [Sri Lanka], June 25 (ANI): After sealing the T20I series in the second match of the three-match series by five wickets, India skipper Harmanpreet Kaur lauded her team for executing their plans accordingly against Sri Lanka which guided them to a series win on Saturday.

Harmanpreet played captain's knock till the end as she smashed unbeaten 31 runs to guide India to a five-wicket victory in the second T20I of the three-match series here at Rangiri Dambulla International Stadium, Dambulla on Saturday.

"Happy to win the game and the series. It was not an easy track to bat on. The way we managed was good. We batted according to the plan. It is important to stay calm and read the situation better. I am happy we were able to execute our plans," said Harmanpreet in a post-match presentation.

It was a poor day for Sri Lanka's batting and bowling unit as they could not do a lot with the bat on a difficult surface and despite their bowlers gave major breakthroughs in the second T20I.

With this win, India clinched the series 2-0 with a comprehensive win over Sri Lanka in the three-match T20I. The visitors were great despite struggling a bit against Lanka bowlers at the start.

Chasing 126, Smriti Mandhana and Shafali Verma took India off to a flying start with a 30-run partnership stand for the opening wicket in 22 deliveries. From there on, India didn't look back and clinched a five-wicket victory with five balls remaining.