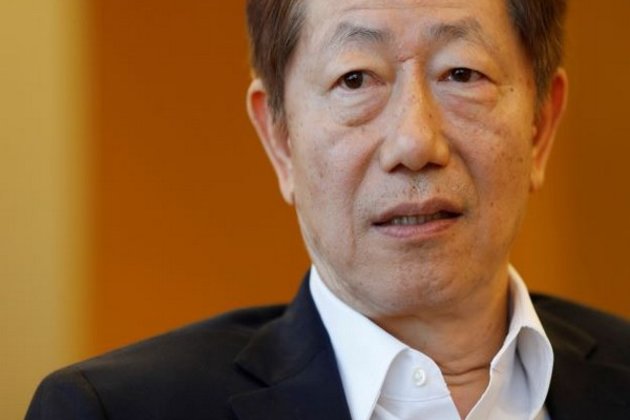 Taiwan Semiconductor Manufacturing Company (TSMC) Chairman Mark Liu warned that the economies on both sides of the Taiwan Strait will plunge into turmoil if China invade the island nation, reported Taiwan News.

Chairman Mark Liu warned about consequences for Beijing, Taipei, and the world in event of a cross-strait conflict.

CNN on Monday published footage of a video interview with Liu, titled "Can China afford to attack Taiwan?" in which Liu noted chipmaking will no longer be "the most important thing we should be worried about" if Beijing were to attack Taiwan.

Still, "Nobody can control TSMC by force," Liu said, when asked about the company's perceived reputation as a "shield" given its significance.

TSMC factories will be rendered "non-operable" in the event of a Chinese attack because the sophisticated manufacturing facilities depend on real-time connections with the outside world, with Europe, US, and Japan, he reckoned.

The chairman of the world's largest contract chipmaker also urged Beijing to think twice before taking any action as China accounts for 10 per cent of TSMC's business., reported Taiwan News.

Describing its consumer pool as important and vibrant, Liu said "They need us, and it's not a bad thing." This means any interruption of the supply chains will cause economic turmoil on either side, he stressed.

The lessons from the Russian invasion of Ukraine should be drawn upon, he said, adding the war has created a "lose-lose-lose" scenario for the Western world, Russia, and Ukraine, reported Taiwan News.

He implored all parties to think of ways to avoid war so that the "engine of the world economy can continue humming."The interview comes at a time of heightened cross-strait tensions, partly due to a potential visit by US House Speaker Nancy Pelosi that has riled Beijing.

After the United States invited South Korea to join its semiconductor alliance "Chip 4" to build a cooperative platform for the semiconductor supply chain, China's worries are set to bloom as the main goal of the communist nation to reduce its dependence on other countries for chips is likely to get hampered while US-China tensions rise.

This move comes as a shock to China which has dreamt of becoming a leader in semiconductor production by 2030 and is working overtime to enhance its capabilities and production to leave the US behind, a US-based publication reported.

The Chip 4 alliance has left China worried as the move tends to curb Beijing's growing capabilities as a chip maker.

According to the latest news reports, China is moving toward achieving more self-sufficiency in semiconductors which could eventually make some buyers reliant on China for many of the basic chips now in short supply. (ANI)