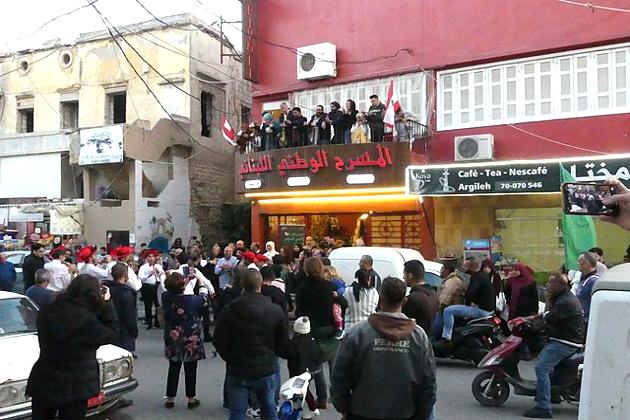 BEIRUT, Lebanon: Seven banks have been held up since last week in Lebanon, where commercial banks have locked most depositors out of their savings since an economic crisis took hold three years ago, leaving much of the population unable to pay for every day expenses.

Throughout the day, he had been cheered on by a large crowd of people gathered outside, including Bassam al-Sheikh Hussein, who carried out a hold-up in August to get his own deposits from his bank, which dropped charges against him.

"We're going to keep seeing this happen as long as people have money inside. What do you want them to do? They don't have another solution," said Hussein, as quoted by Reuters.

The Depositors' Union, an advocacy group established to help the public gain access to their funds, described Friday's hold-up spree as an "uprising" and a "natural and justified reaction" to banks' restrictions.

Meanwhile, Lebanon's bank association announced a three-day closure next week over security concerns, and urged the government to pass laws to deal with the crisis.

Without a capital controls law, banks have imposed unilateral limits on what most depositors can retrieve each week in U.S. dollars or the Lebanese lira, which has lost more than 95 percent of its value since 2019.

The four other hold-ups last week concluded in partial pay-outs, with a total of $60,000 cash given to the assailants, most of whom were arrested, while one went into hiding.