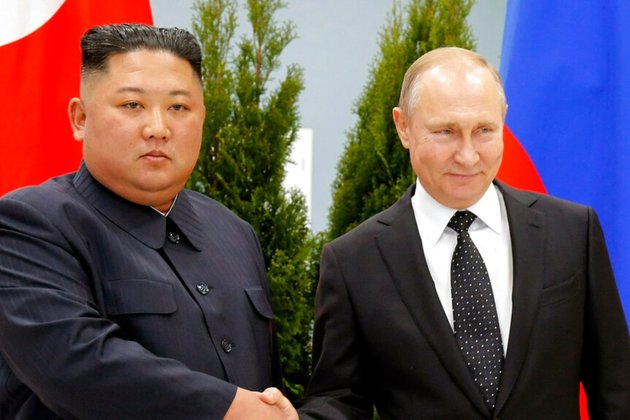 U.S. officials earlier this month said Russia was in the process of "purchasing millions of rockets and artillery shells from North Korea for use on the battlefield in Ukraine."

"We have never exported weapons or ammunition to Russia before and we will not plan to export them," said the vice director general of the North Korean defense ministry's General Bureau of Equipment, according to KCNA.

"We warn the U.S. to stop making reckless remarks pulling up the DPRK and to keep its mouth shut," he added, using an abbreviation for North Korea's official name, the Democratic People's Republic of Korea.

Earlier this month, a senior Russian diplomat also rejected the allegation as fake.

U.S. officials did not provide any evidence of the arms sale and did not confirm whether the transaction was ever completed. However, many Western analysts said such a transaction would make sense.

Not only does Russia likely need to replenish its reserve weapons stockpiles following six months of fighting, Moscow is also searching for more international support for its invasion of Ukraine.

Over the past several months, Russia has touted closer ties with North Korea.

Earlier this month, Russian state media reported that Moscow-backed separatists in Ukraine are in negotiations to bring North Korean builders to the "Donetsk People's Republic."

If Russia were to move ahead with either the weapons or labor deal, it would likely reflect a major shift in Moscow's approach to North Korea sanctions, signaling an effective end to the U.N. sanctions regime against Pyongyang, analysts have warned.

In its statement Thursday, North Korea's defense ministry reiterated that Pyongyang does not acknowledge the U.N. resolutions. Every country, it said, has the right to develop and export its own weapons.