Apple Plans to Move Production Outside of China 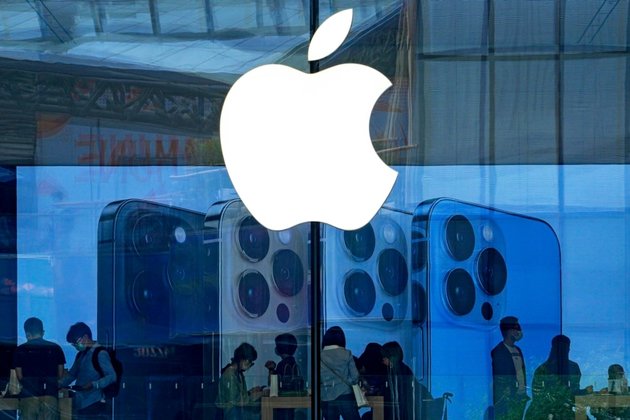 Taipei - The Wall Street Journal reports U.S. smartphone giant Apple Inc. is accelerating plans to move some China-based production lines to other southeastern Asian countries such as India and Vietnam.

That, analysts said, would represent a significant shift in the so-called de-Sinification of global supply chains after manufacturers become aware of risks of concentrating production in China.

China's zero-COVID policy, which paralyzed some of its supply chains, and its deteriorating business environment would be the major trigger behind the shift, they added.

India: the world's next factory?

"China's anti-virus measures have forced many multinationals, including Apple, to hedge against the risk of disrupted supply chains. Though China is set to ease COVID restrictions, uncertainty remains because these multinationals have had experienced much sudden change of policy there - reasons behind Apple's accelerated relocation of its production lines outward," Darson Chiu, a research fellow of the economic forecasting center under the Institute of Economic Research (TIER) in Taipei, told VOA over the phone.

He said that many companies, including Apple, have seen the potential in India in competing with China to be "the world's next factory," adding that cost of labor and land is "at one-fifth of the level in China."

"This highlights an evolving trend, where many companies, not just Apple, are concerned about the environment in China, and not just because of COVID. When we look at theft of intellectual property, that's of technology, cyber-attacks on companies inside China, the onerous restrictions that apply from Chinese government to data flows, there are a number of factors that are making China a much less attractive environment for manufacturers to be," Stephen Ezell, director of global innovation policy at the Information Technology and Innovation Foundation (ITIF) in Washington told VOA by video.

"And I think it's possible that Apple represents the tip of the spear for a much greater share of global high-tech production moving outside of China," he added.

Ezell said more multinationals might follow suit if Apple succeeds in shipping products from India, as it had produced a small percentage of iPhone 14s there.

Citing people involved in the discussion, The Wall Street Journal reported on December 6 that Apple had asked its suppliers to plan more actively for assembling its products elsewhere in Asia, "particularly India and Vietnam," to reduce dependence on China-based assemblers, led by Taiwan-headquartered Foxconn's Zhengzhou plant.

Turmoil over anti-virus measures and wage disputes last month among the plant's 300,000 workers have made Apple uncomfortable having so much business tied up in the plant, which made about 85% of the iPhone's pro series, according to the report.

It added that Apple's long-term goal is to ship 40% to 45% of iPhones from India, compared with a current single-digit percentage, citing Ming-chi Kuo, an analyst at TF International Securities in Hong Kong.

When asked by VOA, Foxconn refused to comment. But the company Thursday announced on its WeChat account that it has lifted closed-loop Covid restrictions at its Zhengzhou plant.

Paul Triolo, senior vice president for China, and technology policy lead at Albright Stonebridge Group in Washington, told VOA that Apple has already done some manufacturing with Foxconn in India, which plans to add 50,000 workers to total at 70,000 there over the next two years.

He warned, though, that it will be hard for Foxconn to duplicate its highly optimized China supply chain in India, where skilled workers and infrastructure including airports, ports and high-speed rail, as well as an ecosystem of component suppliers at a low cost, are lacking.

"India has some advantages ... it does tend to crank out a lot of engineers but you're talking about a sort of different cultural issues and expectations and labor practices, and all these things. So it's not as easy as just picking up something and dropping it into another country. You have to learn the local situation. You have to work with local governments. That can be painful," Triolo told VOA by video.

He added that, even though companies like Foxconn are good at managing production, the cost structures will be different in India.

Hence, he noted that some of Apple's diversification of supply chains may happen inside China, as Foxconn is reportedly looking to expand at its Taiyuan plant in China's northern Shanxi province.

The biggest challenge of all lies in India's ability to strengthen its depth of supplier base for Apple at an optimal cost, Ezell said.

"The production ecosystem, that's what's the key driver in decreasing the cost, not just low labor costs. So, the challenge for India is going to be several folds. One, building a localized base of suppliers that can support production at lower cost. And then more broadly, ensuring that India does have the highly skilled trained workforce and individuals that had experience and building what are truly very complex electronics with iPads or phones," Ezell said.

Arthur Guo, a senior analyst at the market intelligence firm International Data Corp in Beijing, said he would not be surprised to see Apple diversify the production of its iPhone 15 next year after the lockdown at Foxconn's Zhengzhou plant has seriously affected the supply of the iPhone 14.

That will hurr China's economic growth and unemployment rate, Guo said in a written reply to VOA.

"However, this relocating process will last for a period and will not be implemented immediately. In the future, we believe China still will be an important production country for Apple and will find a better solution to this problem," Guo added.

Earlier estimates by TF's Kuo showed that the total shipment of iPhone 14 pro and pro max in the fourth quarter would be 15 million to 20 million units less than expected due to labor protests at the Zhengzhou plant.