Here is what we know about North Koreas nuclear weapons 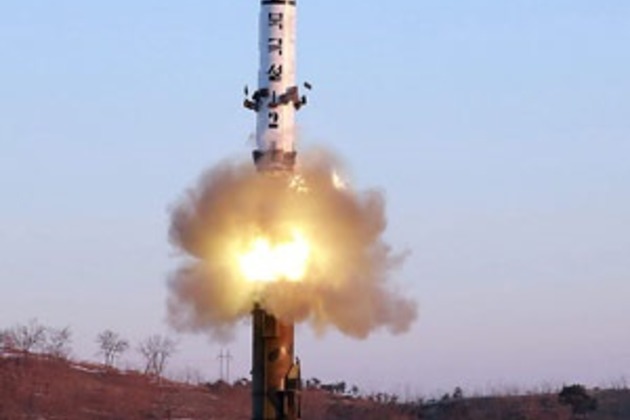 North Korea's nuclear developmentactivities, which began in 1965, have long been a source of UN sanctions and threats of nuclear between the US and North Korea. Here is what we know about the North's nuclear capabilities, and motivation.

Who is in range of North Korea's missiles?

There are two crucial components of a nuclear attack such as the one on Hiroshima: nuclear warheads but also the technology to launch those nuclear bombs at intended targets.

Given the most recentmissile test launch, it is estimated that missiles from North Korea could travel around 9 000km, thus potentially reaching the US West Coast, and most of Canada.

Hawaii is 7 500km from North Korea, within reach of the Hwasong-14, North Korea's furthest-reaching ballistic missile tested on July 28.

After an unsuccessful missile test onApril 29, a month laterNorth Korea test launchedtheHwasong-12which could travel up to 4 000km and hit Guam, a US territory in the Pacific Ocean.

Analysis of the North Korean government's statements suggest that the leadership in Pyongyang sees in nuclear weapons the following benefits:

1. Guaranteeing security of the state

3. Gaining respect and prestige in the international arena

On April 14, North Korea's vice foreign minister said: "We've got a powerful nuclear deterrent already in our hands, and we certainly will not keep our arms crossed in the face of a US pre-emptive strike."

Pyongyang suspects that the annual joint drills between the US and South Korea are a rehearsal for an invasion of North Korea.

North Korea's deputy ambassador to the United Nations, Choe Myong-nam, referred to those drills to justify his country's nuclear pursuits: "It is because of these hostile activities on the part of the United States and South Korea that we strengthen our national defence capability, as well as pre-emptive strike capabilities with nuclear forces as a centrepiece."

Will North Korea declare war in 2017?

North Korea has not gone to war with any country since 1950, but has threatened to launch a "great war of justice for [Korean] national reunification" and to strike the US mainland in "full-out war... under the situation where the US hurts the DPRK[Democratic People's Republic of Korea]by force of arms."

The Korean peninsula was divided after the World War II in 1945. Nearly five years later North Korea invaded South Korea, starting the three-year Korean War. The war ended in 1953 with an armistice(nota peace treaty) which means that North Korea is still technically at war with South Korea.

The US has 28 500 troops stationed in South Korea, while the Korean Peninsula has been divided by a 4km-wide demilitarised zone stretching 250km along the border.

This year, several shows of force and provocative threats have been exchanged between theUSand North Korea since the jointmilitary drillswith South Korea in March.

The US performs annualFoal Eagle military drills with South Korea and hasdeployedsix Terminal High-Altitude Area Defence (THAAD)batteries in the South,which could intercept and destroy ballistic missiles fired from the North or China.

North Korea has defiantly carried out missile test-launches despite regional and the US condemnation and continues to develop its nuclear weapons capability.

How did North Korea get nuclear weapons?

North Korea seems to be pursuing the development of its nuclear weapons capability on its own.

Its nuclear programme started in the Soviet era with the construction of its first nuclear reactor in Yongbyon back in 1965, whileitslatestnuclear testwas in September 2016.

On April 15, 2017, North Korea showed off its nuclear weapons in amilitaryparadeand saidthatit had carried out five nuclear tests since 2006.

Satellite imagesof the Punggye-ri site in North Korea have shown workers pumping water out of a tunnel believed to have been prepared for a forthcoming nuclear test, US monitors said.

The reclusive nation also claims that it is capable of mounting nuclear warheads on ballistic missiles, but its claims have never been independently verified.

To launch strikes with nuclear warheads, North Korea would need to produce nuclear devices small enough to fit on its missiles, and as of 2017,expertsbelieve it is likely to take years for Pyongyang to indigenously perfect such miniature technology.

North Korea has a rich source of fissile material, both plutonium from its Yongbyon nuclear reactor and highly enriched uranium from other sites, US-based researchers claim.

Its Yongbyon nuclear facility was built in 1965 with help from Soviet engineers, but the erstwhile Soviet Union and China have denied supplying North Korea with nuclear weapons or helping it to build them.

China fought alongside the North Koreans in the 1953 Korean War, but in the interest of political stability in the region, claims to strongly opposeNorth Korea's nuclear weapons programme.

How many nuclear weapons does North Korea have?

US officials put the North Korean arsenal at up to 60nuclear weapons, whereas most assessments by independent experts estimate around 30.

Analystsestimated that North Korea may have produced up to 20 nuclear bombs by the end of 2016, althoughthe true nuclear capability of the isolated and secretive state could not be verified.

Meanwhile, North Koreaassertsit will keep building up its nuclear arsenal in "quality and quantity".

Does North Korea have the H-bomb?

In January 2016, North Korea claimed to have detonated its first hydrogen bomb (also known as an H-bomb), but nuclear scientists examining the impact of the nuclear test questioned if the test was really that of an H-bomb.

"A real hydrogen bomb would be 50 to 100 times the power of the bombs on Hiroshima and Nagasaki," nuclear scientist Imad Khadduri told Al Jazeera.

Other analysts were also sceptical of North Korea's claims to the H-bomb.