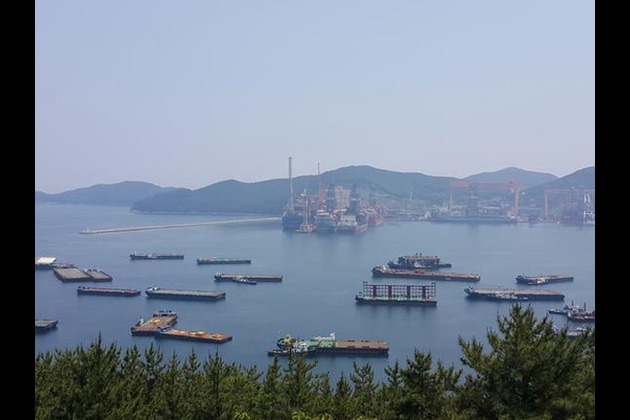 The Yonhap news agency quoted the Incheon Metropolitan City provincial government saying that artificial reefs will be installed around the country's north-western islands in the Yellow Sea, located near the disputed maritime border of Northern Limit Line (NLL), which officially acts as the de facto maritime boundary between North and South Korea.

The South Korean government and Incheon provincial government have placed an order of about 800 artificial reefs, which range in size from 2 tons to 53.5 tons.

The artificial reefs are man-made underwater structures, which are almost similar to natural reefs for protecting marine resources. They are also effective in preventing illegal trawling.

Chinese ships have taken advantage of the rising tensions between the two Koreas. South Korean coastguards does not actively crack down on Chinese ships, near the NLL, since it could trigger an accidental clash with North Korea.

The decision of erecting man-made reefs near the NLL by South Korea, comes at a time when the two Koreas agreed to sit down and hold military talks, in what was the first time in two years, in order to solve their border tensions.

The rare high-level talks come amid the increasing tension between the two countries as South Korea seized a Hong Kong-flagged oil tanker returning after allegedly transferring oil to North Korea a few days ago. American satellites had reportedly spotted Chinese ships, suspected of selling oil to North Korean vessels about 30 times since October.

North Korea is also under tough international sanctions imposed by the UN over the launch of three intercontinental ballistic missiles (ICBMs) and other nuclear tests conducted in the last year. (ANI)