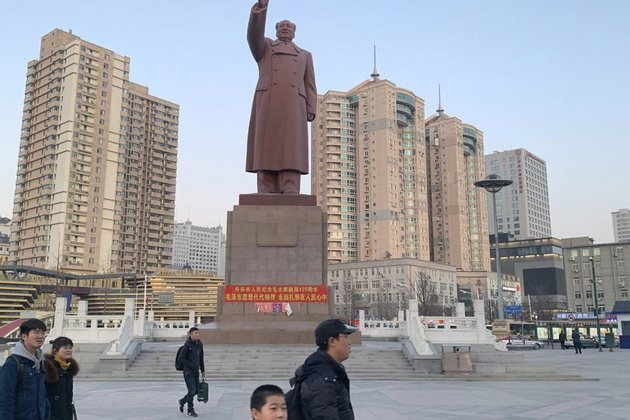 (New York) - China should not forcibly deport seven detained North Koreans who face a grave risk of torture and other abuses if returned to North Korea, Human Rights Watch said today. The authorities should grant asylum to the members of the group or allow them to travel safely to a third country.

South Koreans assisting relatives of the group's members told Human Rights Watch that the three women, three men, and a 10-year-old girl in the group are being detained in Liaoning province. Some of the group left North Korea in recent weeks and others have lived for several years in China's border area. Chinese authorities apprehended them on April 28, 2019.

"China should not send these seven people back to North Korea where they face torture, sexual violence, forced labor, and other horrors," said Phil Robertson, deputy Asia director. "Beijing should immediately allow them to travel to a third country."

Research by Human Right Watch and other groups has found pervasive abuses and horrid conditions in North Korea's political prison camps, including meager rations that keep detainees on the edge of starvation, almost no medical care, lack of adequate shelter and clothes, repeated mistreatment that includes sexual assault and torture by guards, and summary executions. Former North Korean prisoners and guards have reported extremely high death rates in detention camps.

North Koreans who have previously been apprehended in China and returned to North Korea told Human Rights Watch that the North Korean government harshly punishes all those who leave the country without permission. In 2010, North Korea's People's Security Ministry adopted a decree making defection a crime of "treachery against the nation," punishable by death. Human Rights Watch considers all North Koreans in China who left without permission to be refugees sur place-on the spot-because they have a well-founded fear of persecution if forcibly returned.

Forcing North Korean refugees back to their country constitutes refoulement, that is, sending someone back to a place where they would face threats to their lives or freedom. As a party to the 1951 Refugee Convention and its 1967 Protocol, as well as to the 1984 Convention against Torture, China is specifically obligated not to force back anyone who would be at risk of persecution or torture upon return.

A former senior official in the North Korean state security service (bowibu), who previously worked on the border and received North Koreans sent back from China, told Human Rights Watch that officials under his command tortured every returnee to find out where they went in China, whom they contacted, and what they had done while outside North Korea.

The 2014 United Nations Commission of Inquiry on human rights in North Korea found that crimes against humanity, including torture, execution, enslavement, and sexual violence, are committed against prisoners and people forcibly returned to North Korea from China. In 2017, Tomas Ojea Quintana, the special rapporteur on human rights in North Korea, said: "North Koreans who leave their country are caught in a horrendous cycle of physical and psychological violence, and I received information that some take their own lives when they find out that they are scheduled for repatriation."

Human Rights Watch urged the Chinese government to protect those in its custody, to grant North Koreans asylum or safe passage to other countries, and to allow the UN refugee agency to exercise its mandate and protect North Korean asylum seekers.

"China should end its complicity with North Korean rights violations by ending the practice of forcing back fleeing North Koreans," Robertson said. "China should protect these seven North Koreans, both complying with its international obligations and sending Pyongyang a message that it won't ignore North Korea's abuses."

TEHRAN (Tasnim) - The Atomic Energy Organization of Iran (AEOI) dismissed as "a futile attempt" the U.S.' new decision to ...

When this writer recently looked into the mirror and took a good look at how long his hair had grown ...

How London's 100 or so billionaires are faring

Over cups of tea in his ramshackle London home I chatted with a novelist. It felt a valuable opportunity, given ...

Are the Golden Days over?

As lockdown measures start to be eased in most countries around the world, the experts of The Conversation's global network ...

HANGZHOU, May 29 (Xinhua) -- AliExpress, a global online retail marketplace and part of Alibaba Group, announced on Thursday that ...

SYDNEY, NSW, Australia - Stocks in Asia skidded on Friday, and the U.S. dollar dived, as the relationship between the ...

PHENOM PENH, Cambodia - Scientists and environmentalists are urging an international moratorium on deep-sea mining after releasing a report indicating ...

NEW YORK, New York - U.S, stocks ran out of steam on Thursday with fears about the worsening U,S.-China relationship ...