China Vows 'Countermeasures' If US Deploys Missiles in Asia-Pacific 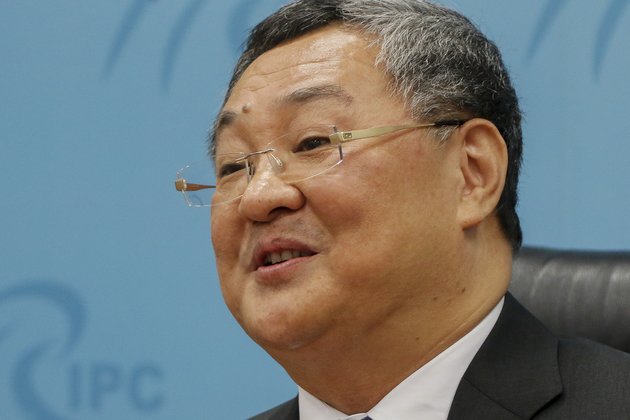 China says it will take "countermeasures" if the United States deploys ground-based intermediate-range missiles in the Asia-Pacific region.

Fu Cong, the director of the Foreign Ministry's arms control division, told reporters Tuesday that Beijing "will not stand idly by" if Washington follows through on a pledge made last weekend by new Defense Secretary Mark Esper to deploy the missiles in the region "sooner rather than later," preferably within months.

He urged China's neighbors, specifically Japan, South Korea and Australia, to "exercise prudence" by refusing to deploy the U.S. missiles, adding that it would serve those countries national security interests.

Fu did not specify what countermeasures China would take, but said "everything is on the table."

Secretary Esper's stated goal to deploy ground-based missiles in the region came after the Trump administration formally pulled the U.S. out of the 1987 Intermediate Nuclear Forces Treaty last week. The pact, reached with the former Soviet Union, bans ground-based nuclear and conventional ballistic missiles with a range between 500-5,000 kilometers. Washington said it withdrew from the INF because of continued violations by Moscow.

Fu said China had no interest in taking part in trilateral talks with the United States and Russia due to the "huge gap" in the size of China's nuclear arsenal compared to the other two nations.

DHAKA, Bangladesh - Following a bomb threat on board, a Malaysia Airlines flight made an emergency landing at Hazrat Shahjalal ...

PARIS, France: The rebuilding of Notre Dame Cathedral in Paris has come under fire from critics, after the new plans ...

Lebanese take to streets as currency drops 90% in value

BEIRUT, Lebanon: Protesting Lebanese took to the streets, lighting tires on fire and blocking roads throughout Lebanon to express their ...

Stowaway survives in landing gear on Guatemala flight to Miami

MIAMI, Florida: A stowaway has been found alive in the landing gear of an American Airlines plane that flew from ...

PARIS, France: The French government is offering increased autonomy for the Caribbean island of Guadeloupe, after COVID-19-related riots and long-running ...

SYDNEY, NSW, Australia - Asian stock markets were wary on Thursday after major falls on local markets and overseas over ...

Big jump in can costs could close many small craft beers: officials

BROOMFIELD, Colorado: One of the world's largest suppliers of aluminum cans, Ball Corp, is increasing the minimum number of cans ...

NEW YORK, New York - A single case of Omicron, that being the first in the U.S., sent stocks into ...

WASHINGTON D.C.: As part of a settlement with the Federal Communications Commission (FCC), following a 12-hour outage in June 2020 ...

NEW DELHI, India: The Starlink Internet Services of Elon Musk's SpaceX aerospace company has been told by the Indian government ...