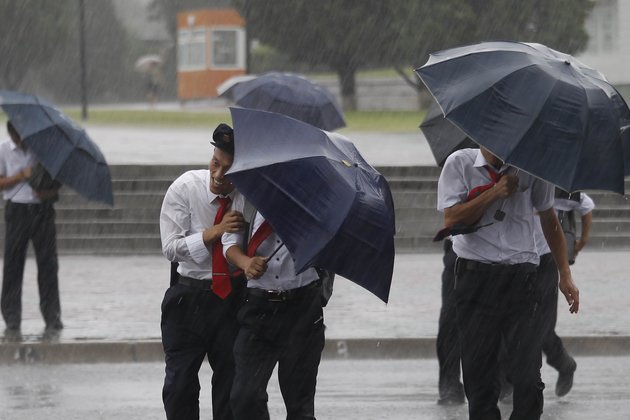 South Korea's interior ministry said Monday the typhoon also caused strong winds and heavy rainfall in southern South Korean cities and towns on Sunday and Monday. The storm did not make landfall on the peninsula as it moved northeast and weakened Monday.

The ministry said one person was hurt seriously and the 25 others had minor injuries. Some South Korean media had reported three deaths, but the ministry said none of those deaths was caused by the typhoon.

It flooded streets, damaged houses, and led to about 250 flight cancellations in 11 airports in South Korea, according to the ministry report.

Typhoon Tapah hit the southern Japanese island of Okinawa on Friday and Saturday and left 18 people with minor injuries. The storm disrupted air and train travel in the region during what is a three-day holiday weekend.