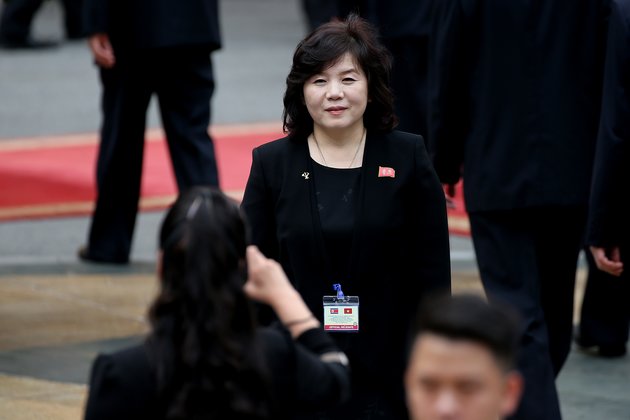 SEOUL - North Korea has agreed to resume working-level nuclear talks with the United States this Saturday, according to a senior North Korean diplomat quoted in state media.

Choe Son Hui, North Korea's vice foreign minister, says Pyongyang and Washington have agreed to hold talks on October 5 and will have "preliminary contact" the day before. It is not clear where the meetings will take place.

Since then, North Korea had refused to schedule a date for the talks. It instead lashed out at the U.S. and South Korea and continued to test short-range ballistic missiles.

The announcement raises the possibility of a breakthrough in talks that have been stalled since February, when a Kim-Trump meeting in Vietnam broke down over how to pace sanctions relief with steps to dismantle North Korea's nuclear program.

It's not clear if either side has softened their negotiating stance, though recent developments suggest an increased willingness to work towards a deal.

OTTAWA, Canada: Despite pressure from companies and the tourism industry to ease the nation's travel ban, Canadian Prime Minister Justin ...

With infections rising, Taiwan thanks U.S. for Covid vaccines

SAO PAULO, Brazil: Over half a million Brazilians have now died after contracting COVID-19, it was reported on Saturday. Brazil ...

ORLANDO, Florida: Space Perspective, which plans to bring tourists to space inside a capsule tethered to a balloon, successfully flew ...

EU countries to allow Americans, others to return

BRUSSELS, Belgium: In the much-awaited opening following the Covid pandemic, the European Union announced on Friday that its member countries ...

WASHINGTON D.C.: President Joe Biden has issued an executive order which could result in several Chinese apps being investigated or ...

JAKARTA, Indonesia: Some Indonesian residents are traveling to wealthier countries to receive Covid vaccinations."It just so happens that I haven't ...

LONDON, England: Britain's airlines and holiday and tour companies are planning a "day of action" on Wednesday, in a bid ...

SYDNEY, NSW, Australia - Stocks in Japan did an almost complete about-face on Tuesday with the Nikkei 225 soaring 873.20 ...

DUBAI, United Arab Emirates: Officials at Dubai International Airport are hoping for a "flood" of travelers as the coronavirus pandemic ...

SEATTLE, Washington: The latest and largest 737 edition from Boeing -- the MAX 10 -- is being introduced as part ...