Samsung beats estimates as demand picks up for note, iPhone 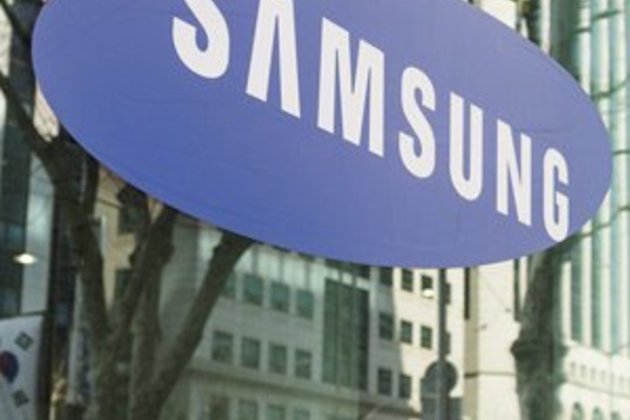 Operating income was 7.7 trillion won (R98bn) in the three months ended September, compared with the 6.97 trillion won analysts had forecast, according to estimates compiled by Bloomberg. Still, that is a profit decline of more than 50% for the Suwon, South Korea-based company.

Samsung, the world's largest producer of mobile phones and smartphone displays, is benefiting from solid demand for its Note 10 and for Apple's iPhone 11 Pro, which uses the company's OLED displays. Yet, the memory chip business has been its most profitable and uncertainties there have lingered because of the ongoing US-China trade war and Japanese restrictions on the export of materials essential for chip and display production.

"It's better-than-expected results as mobile business made a huge improvement," said Park Sung-soon, analyst at Cape Investment & Securities. Shares rose as much as 1.4% and had climbed 23% this year through Monday's close.

Sales for the third quarter were 62 trillion won, beating the average projection compiled by Bloomberg of 61.14 trillion won. Samsung won't provide net income or break out divisional performance until it releases final results later this month.

Samsung's new high-end smartphones, including the Galaxy Note 10 and Galaxy Fold, helped cushion profit declines in the memory business. Its display business is recovering from a slump, with strong demand for OLED displays for smartphones such as Apple's iPhone 11.

The volatile business environment due to the US-China trade war and South Korea-Japan spat has fuelled uncertainties and made it harder for the market to gauge demand. As Japan's export curbs on key materials used in chips and display production kicked in early July, clients raised their inventories of memory components to minimize risk, according to a note from TrendForce on Sept 26.

"The stock-up demand was stronger than expected this third quarter due to the seasonal tailwinds and the pulling forward of end product shipments ahead of a possible new round of US tariff increases in December," said TrendForce. "Consequently, the overall trend of contract prices also shifted from decline to stability during the third quarter."

Concerns over the impact on the production of chips and displays have eased among some market watchers as Japan approved shipments of key materials to Samsung. Liquid hydrogen fluoride - a highly purified chemical used to refine chips in production - has not been approved for shipment to South Korea so far, but multiple reports and analysts indicate a local supplier may be able to provide substitutes.

"Although DRAM and NAND demand is recovering and shipments in the third quarter were quite robust, there is scepticism about the sustainability of the demand upturn," said Sanjeev Rana, technology analyst at CLSA.

With the trade war issues hanging over the tech industry, Micron Technology Inc. warned that the tensions may prolong a memory-chip industry slump and gave a disappointing profit forecast. Despite the cautious outlook, investors are growing more bullish on Samsung amid hopes for an end to the slide.

"As inventory de-stocking cycles end at major customers, we expect the memory industry to enter a recovery stage in 2020, while the magnitude of recovery will be more gradual (especially for DRAM) relative to previous upturn cycles," J.P. Morgan said in an Oct 3 note.

In the third quarter, contract prices for 32-gigabyte DRAM server modules fell 13.8% compared to the previous quarter while those for 128 gigabit MLC NAND flash memory chips rose 12.3%, according to inSpectrum Tech.

Chinese health officials said Sunday that the number of new cases of the coronavirus has slowed for the third consecutive ...

TEHRAN, Iran - Iran on Saturday threw down the gauntlet to the United States, demanding it provide proof to its ...

DUBAI, UAE - The 25th Gulfood, which is considered one of the largest food exhibitions in the world has started ...

UNNAO, Uttar Pradesh, India - At least seven people were on Sunday burned to death after a truck and van ...

SYDNEY, Australia - Shares in Japan sank on Monday as the country's economy recorded its slowest quarterly growth in six ...

NEW YORK, New York - The State of New York will not be appealing the case it jointly pursued with ...

DUBAI, UAE - The 25th Gulfood, which is considered one of the largest food exhibitions in the world has started ...

Wall Street ends with a wobble

NEW YORK, New York - U.S. stocks were mixed on Friday as the ebb and flows of the coronavirus news ...