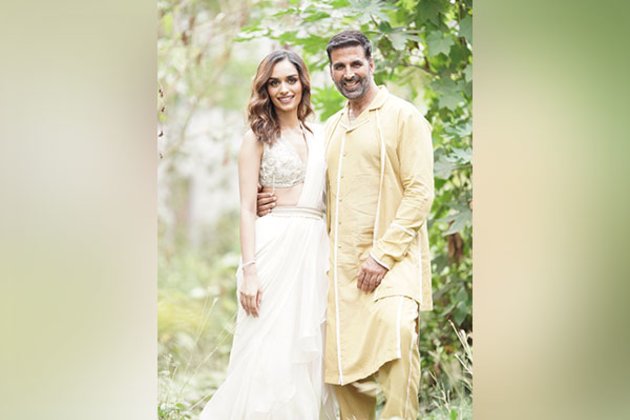 Mumbai (Maharashtra) [India], May 14 (ANI): On the occasion of former Miss World Manushi Chillar's birthday on Saturday, actor Akshay Kumar penned a heartfelt wish for her on Twitter.

"I know the wait for your debut has been a long one, but you managed it just like a Princess with utmost poise and dignity. Now it's almost time...Happy birthday @ManushiChhillar, wishing you all the happiness in life," he tweeted.

Alongside the wish, Akshay dropped an adorable picture of him with Manushi, who is all set to make her acting debut with 'Prithviraj'.

'Prithviraj' is Chandraprakash Dwivedi's directorial. The film stars Akshay in the title role of King Prithviraj Chauhan of the Chauhan dynasty.

Sonu Sood and Sanjay Dutt are also a part of the film, which will be out in theatres on June 3. (ANI)