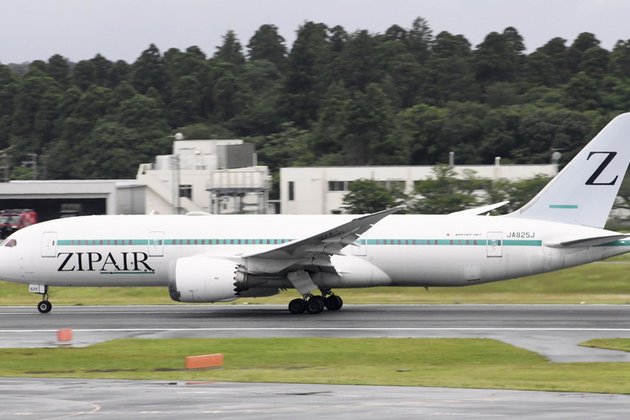 A low-cost Japanese airline is changing the logo on its tail fins, replacing the letter "Z" with a geometric pattern, its president announced on Friday. Shingo Nishida said Zipair was taking this step after receiving a number of customer complaints about the letter, which has been seen on some Russian military vehicles during the ongoing conflict in Ukraine.

The "Z" was adopted as the company's logo in 2018, when Zipair was first established as a subsidiary of Japan Airlines. The company said it was planning to roll out the replacement design anyway, but will speed up the process so as to avoid the impression it was supporting Russia.

"We can confirm that we have received a number of customer comments regarding their feelings toward the design of the current livery," a Zipair spokesman told CNN. "As a public transportation company, we are aware that the letter in question has been shown over various media channels on a global scale and how the design may be conceived in a negative way."

"I think some people might feel that way when they see it without any explanation," Nishida said at a press conference on Friday, announcing the revamp alongside a new US route. Zipair plans to start flying to San Jose, California in December.

Zipair will put decals on all of its four Boeing-787 Dreamliners starting on Saturday, and gradually repaint the planes by the spring of 2023, Nishida said.

The company was set up in 2018 but named Zipair - to represent speed - in March 2019. It began cargo operations in June 2020 and passenger flights in October that year, after pandemic-induced delays. Zipair currently connects Tokyo to Singapore, Bangkok, Seoul and two US destinations - Los Angeles, California and Honolulu, Hawaii.

In March, Ukraine called on countries the world over to stop using the letters Z and V, saying the Roman-alphabet symbols stood for "aggression" after some Russian military vehicles sported them as identification marks during the conflict.

Since then, Switzerland's Zurich Insurance dropped their "Z" branding, South Korean tech giant Samsung has removed the letter from its smartphone models in the Baltic states, while Elle magazine denounced its Russian branch for publishing a cover about "Generation Z" - an entirely unrelated demographic reference.