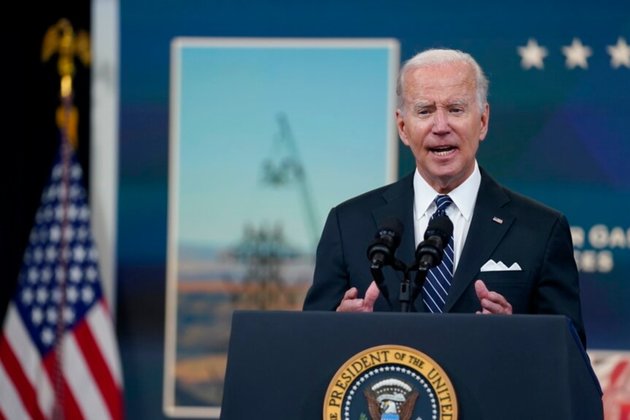 washington - U.S. President Joe Biden called Wednesday for Congress to approve a three-month suspension of the nation's federal gas tax - from July through September - to help consumers cope with the surging cost of living in the United States.

The tax is 18.4 cents a gallon (3.8 liters) for gasoline, which adds $2.76 to the cost of a typical 15-gallon fill-up for motorists at service station pumps. The tax cut would be 24 cents a gallon for diesel fuel.

The tax cut - if enacted by Congress, and it is not a certainty that it would be - would barely dent the 8.6% inflation surge recorded in May from a year ago, the fastest increase in four decades. Fuel costs have driven the biggest share of the price hikes in consumer goods, but food costs, housing rentals, airline fares and numerous other items also cost markedly more than a year ago.

Meager though it may be, Biden said the federal gas tax holiday would give American families 'a little bit of breathing room.'

Why Is There a Worldwide Oil-Refining Crunch?

He called on the country's 50 states to curb their gas taxes as well for a period of time. Those taxes average 30 cents a gallon. Some states have already cut their tax, while others have voiced fears that cutting the tax would diminish much-needed revenue for highway construction and repairs. The federal gas tax cut would cost the national highway fund $10 billion.

Biden implored oil companies and service station operators to 'pass along every penny' of the tax cut.

'There's no time for profiteering,' the president said. 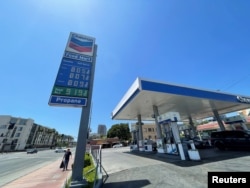 But whether the tax cut clears Congress is uncertain. The White House and some congressional Democrats support it, but numerous Republican lawmakers oppose it, saying Biden and his administration have undercut the oil industry by their push for transformation to renewable energy sources rather than continued use of fossil fuels.

One of the lead congressional Democrats, House Speaker Nancy Pelosi, has also voiced the fear that energy companies would capture much of the savings from the tax cut, diminishing the benefit for consumers.

Republican Senate Minority Leader Mitch McConnell rejected Biden's plan, saying, 'This administration's big new idea is a silly proposal that senior members of his own party have already shot down well in advance.' 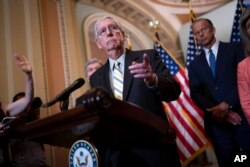 Biden called on energy companies to ramp up oil drilling and gasoline refining, even as he has championed the shift to renewable energy.

He said oil companies need to get 'more gas to the pumps.'

Biden also attacked oil companies and service station operators for being slower to cut per-gallon prices at the pump than they are in boosting prices when the price of crude oil on the world market increases.

He said that the price of oil has declined $10 a barrel in the last couple weeks, which he said should have resulted in a 25-cent-a-gallon decrease at service stations but has only resulted in a small reduction or none at all.

Gasoline now averages about $5 a gallon across the U.S., a record, although it is much higher in some states.