India will further strengthen its position in disaster management by 2047: Amit Shah 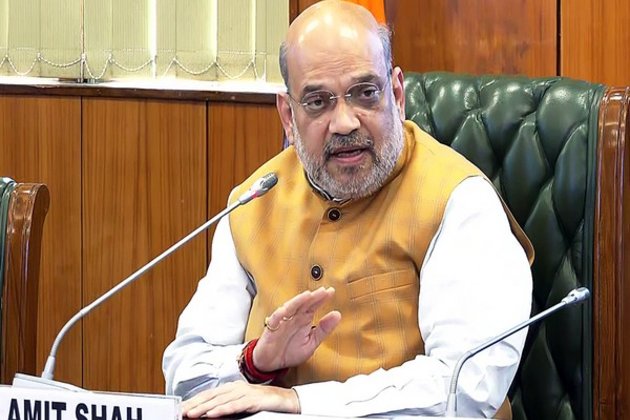 New Delhi [India] June 25 (ANI): Noting that India is at the forefront of the world in the field of disaster management, Union Home Minister Amit Shah on Friday asserted that the country will further strengthen its position in this field by the completion of the centenary of inde pendence in 2047.

Shah said an early-warning system has been developed through innovative technologies such as SMS, mobile app and portal so that early warning of natural calamity can be conveyed to the people.

He also said that the 'Common Alerting Protocol' project is being implemented across the country to strengthen the last mile spread of early warnings.

Due to the successful efforts of the government, the loss of life and property during the various calamities that have occurred in the last few years have been brought down to the minimum level, Home Minister said.

The meeting was attended by Ministers of State for Home Affairs, Nityanand Rai, Ajay Kumar Mishra, Nishith Pramanik and Union Home Secretary, along with senior officials of the Ministry of Home Affairs, NDMA and NDRF.

The present government under the visionary leadership of Prime Minister Narendra Modi has adopted a holistic approach to disaster management and has been made relief-centric, early warning-centric, proactive and early preparedness-based.

He said that earlier the country had only a relief-centric approach toward disaster management which did not involve minimizing the loss of life and property, but this approach changed after Narendra Modi became the Prime Minister.

The Union Home Minister said that the Ministry of Home Affairs, in collaboration with NDMA and NDRF, is playing an important role in helping the States and Union Territories by providing logistics and financial assistance and coordinating response and relief measures during natural calamities.

Shah said that to tackle disasters on a priority basis, the spirit of public participation imbibed under the Aapda Mitra Yojana launched at the local level is very important because, till the time people do not join it, the work of disaster management does not reach the bottom.

Amit Shah said that the concept of disaster management in India has been in existence since ancient times and in ancient times, it was taken care of at the time of the establishment of cities.

The Union Home Minister informed that the Inter-Ministerial Central Team (IMCT) are being deputed to States immediately after they are affected by a severe calamity, without waiting for the memorandum from the states.

He also informed that for the first time mitigation funds have been constituted at the National and State level.

Shah apprised the committee members of the important projects initiated in the field of disaster management.

In order to reduce the suffering caused to the coastal community by cyclones and other calamities, the Modi government is implementing the National Cyclone Risk Mitigation Project (NCRMP) in eight coastal states. Also, under the 'Aapdamitra' program for capacity building of the community, 1 lakh community volunteers in 350 disaster-prone districts are being trained for disaster response and preparedness.

He said that best practices from all over the world are being brought to India and along with this, India is providing best practices in the field of disaster management to the world.

The Central government has prepared a pre-disaster preparedness protocol in the last eight years, he said.

The Home Minister talked about including it as a subject in 12th and graduation level education to sensitize the children to various aspects of disaster management.

"There are many challenges before India in disaster management, but at this point of time we are in a position where we can prepare to deal with the next phase of these challenges," he said.

Targets have been fixed for every five years and every year till 2047, for which the Ministry is working with full readiness.

He requested members of the Parliamentary Consultative Committee to give their suggestions for detailed reforms in the Disaster Management Act, 2005.

He said that on the lines of Netaji Subhas Chandra Bose Aapda Prabandhan Puraskar at the national level, the states can give awards in the field of disaster management and can also send suggestions for the names of individuals and institutions for the award to the Centre.