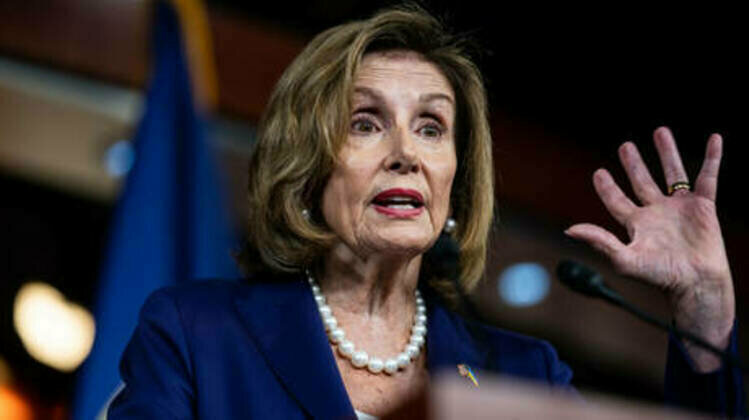 After sparking China's fury with her visit to Taiwan, US House Speaker Nancy Pelosi now reportedly plans to visit the Demilitarized Zone (DMZ) separating South and North Korea on Thursday, according to the Associated Press.

Earlier in the day, the US politician met with South Korean National Assembly Speaker Kim Jin Pyo and other senior members of parliament as part of her Asian tour, which has so far featured stops in Singapore, Malaysia and Taipei.

After their meeting, the speaker and her South Korean counterpart issued a joint statement expressing concerns over North Korea's nuclear and missile threats, and vowed to support efforts to maintain a strong deterrence against Pyongyang and achieve its denuclearization.

Pelosi's possible trip to the DMZ, the heavily fortified inter-Korean border jointly controlled by the US-led UN Command and North Korea, would come before her arrival in Japan, which is the next stop on her official itinerary, according to a South Korean official who spoke to AP on the conditions of anonymity.

The US House speaker is expected to travel to the Joint Security Area (JSA), also known as the Truce Village, in the heart of the DMZ buffer zone, which was created at the end of the Korean War in the 1950s. The JSA has often been used by US officials as a venue to reaffirm their security commitment to South Korea.

If the trip does materialize, it would mark the first time a high-level US official has visited the zone since Donald Trump met with North Korean leader Kim Jon Un in 2019.

South Korean President Yoon Suk-yeol, who was not able to personally meet with Pelosi due to his scheduled vacation this week, said during a phone call with the speaker that her visit to the JSA would be "a sign of a strong deterrence against North Korea," as reported by media outlet News1.

However, as AP points out, Pelosi's visit to the border is likely to draw the ire of Pyongyang, which has condemned the speaker's visit to Taiwan, describing it as a clear example of "the imprudent interference of the US in internal affairs of other countries."

Nancy Pelosi, 82, visited Taiwan on Tuesday despite repeated protests from Beijing, which considers the island to be part of China's sovereign territory.

Beijing has called the speaker's visit "a complete farce" and has reacted by launching military exercises around Taiwan and warning the US that Pelosi's visit would have a "severe impact" on bilateral relations between Beijing and Washington.