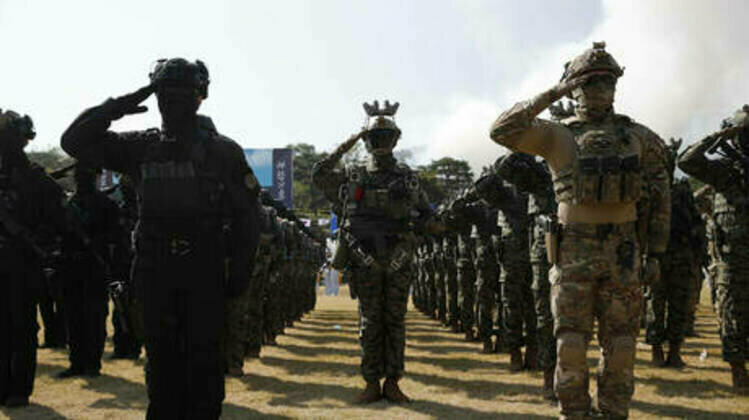 South Korea may have to consider acquiring nuclear weapons or deploying American nukes on its territory if tensions with the North escalate further, Unification Minister Kwon Young-se has said.

"If inter-Korean relations continue to get worse and tensions keep rising, [the government] cannot ignore [such a call] indefinitely in case public opinion tilts toward the South's nuclear armament in a broad meaning," Kwon, Seoul's top official responsible for relations with North Korea, told the Yonhap news agency on Thursday.

He added that such an option could potentially include "nuclear sharing" or the deployment of US tactical nuclear weapons on South Korean territory.

Kwon stated, however, that at the moment Seoul is not thinking about acquiring nuclear weapons or bringing back US warheads to the Korean Peninsula.

His comments came the same day Pyongyang fired a short-range ballistic missile into the Sea of Japan, according to the South Korean Joint Chiefs of Staff. The North stepped up its launches this month, including the firing of 23 missiles of various types on November 2.

North Korea enshrined the use of nuclear weapons into law last month. Kwon, however, reaffirmed that Seoul would continue to seek Pyongyang's denuclearization "through extended deterrence, sanctions, and pressure."

Washington removed nuclear weapons from South Korean territory in the early 1990s under a disarmament deal with the Soviet Union.

An opinion poll released by the NewsPim agency last month found that 51.2% of South Koreans are in favor of their country developing its own arsenal or the redeployment of US nuclear weapons, while 40% support the full denuclearization of the peninsula. A total of 1,014 people participated in the survey.