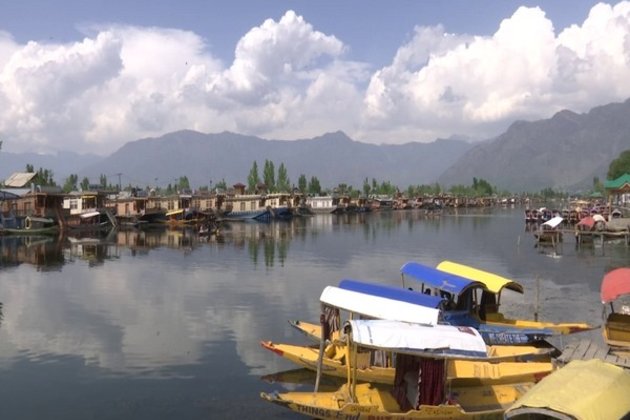 Washington [US], December 8 (ANI): Global media coverage of Kashmir is just the latest example of how without proper information about the region, it is spreading misinformation, inaccurate and biased reports but there is an NGO helping to change the reputation through correct facts, Victoria Jones writes in Diplomatic Courier.

According to the author, the Western media, which may not even know what Jammu and Kashmir are, let alone are able to point it out on a map and only care about the region during the height of the insurgency in the 1990s, or the period surrounding the removal of Article 370.

Victoria Jones is a Senior Research Fellow at the Asia-Pacific Foundation, an international policy assessment group based in London. Additionally, she is the chief editor of 'INTERZINE', a digital media platform that uses history to contextualise contemporary global issues.

NGO named JK Policy Institute (JKPI), a budding grassroots organisation in its third year of operations is working to change that reputation.

In their own words, JKPI's goal is to link peace with development. This can include calling attention to local infrastructure projects such as the construction of roads and tying them to economic growth for the region. They also point to climate issues, such as flooding in 2014--which is sadly all too relevant once again in neighbouring Pakistan--saying these issues don't receive enough attention through a conflict lens and citing their impact on the political economy.

One of the NGO's core objectives is to advance social impact initiatives. JKPI also has a specific project devoted to fundraising for and helping to integrate the LGBTQ community in a wider society. This includes providing training and arranging skill-based workshops so that the community members can acquire work, as they face difficulty securing employment and are often only able to get jobs entertaining at weddings due to the severe marginalisation they face, according to the author.

The legality surrounding the removal of Article 370 is being challenged by some, while others argue its abrogation provides opportunities for the region's social and economic development, she writes.

One of JKPI's members said he felt accountability and transparency were two positive effects that resulted from the decision to repeal Article 370. He added that he was not a supporter of Narendra Modi or the Bharatiya Janata Party, but that he favoured the removal of Article 370, making a point to distinguish between "the party and the policy."JKPI further said that the region is recently witnessing a spike in investment, employment and tourism. Security is also becoming stronger in the region and are also receiving public support because people are seeing the development and reaping its benefits. At the same time, local business owners enjoy waves of tourists.

But all is not so rosy. "Violence is a distraction, whether it's there or not," JKPI members told the author. The city and the region cannot entirely escape its history. Nor are such threats solely relegated to the past, it said, adding that the insurgency, which Pakistan continues to fuel--albeit less as of late, due to its own domestic crisis--remains ongoing.

JKPI also discussed the existence of 'hit lists' against NGO workers, who face trolling originating from places including Jammu and Kashmir itself, Pakistan, Europe and the United States. There was also mention of the so-called 'conflict entrepreneurs' who attacked JKPI and accused them of being American agents on social media because they dared to create a space for locals that was not affiliated with India or Pakistan, reported Diplomatic Courier. (ANI)